I’m blogging you today from my garden office, as we’ve suddenly been gifted with summer weather. So much of it in fact that I realize in a minute I’ll have to step inside for shorts and a lighter t-shirt! 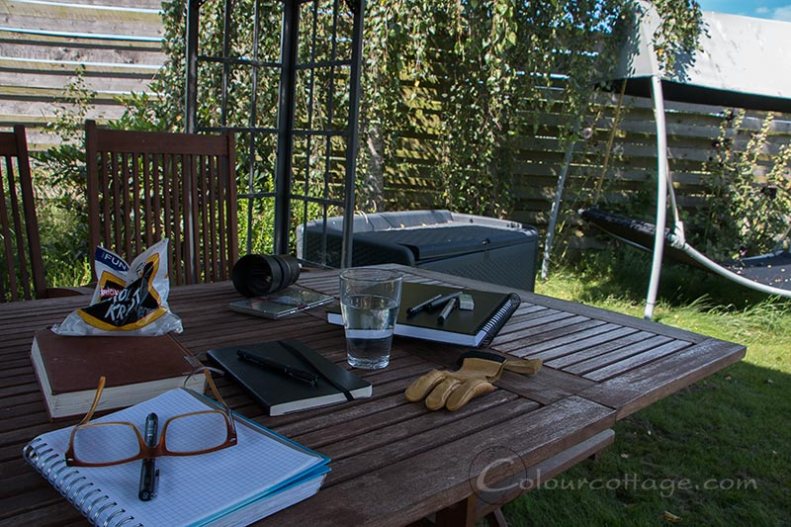 I’ve decided to avoid the labour of lugging the laptop down the ladder from my studio (also of finding the wifi signal 30 m from the house) and embrace the hassle of writing this by hand to be typed in later. I also wanted to test whether I’d somehow express myself differently as well as getting to grips, quite literally too, with the deterioration of my handwriting. Future generations, possibly even some of the current ones, won’t be able to read any kind of running script, so I’m doing this purely for myself. As a means of torture for my brain who has to wait while I form the letters with intent.

I’m entertaining a guest here at the table, under the next chair; the slight wind demanded a tripod for really clear shots (I had wanted to poke it a bit and make a film) and that went beyond my level of hassle readiness after already carrying outside the coffee, notebooks, sketchbooks, a library book, pens, camera, licorice, bow and quiver. But you get the general idea. 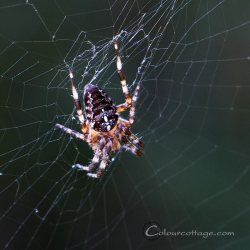 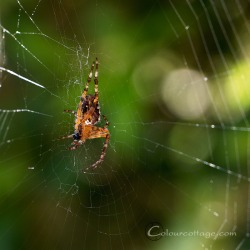 In the meantime I’ve forgotten what I wanted to tell you today. So that’s how #slow-blogging works, automatic culling if not editing. I find it hard to imagine writing Crime and Punishment this way – but of course in those days they didn’t have hours of Netflix to go through every night.

No computer means I also don’t have a clock out here. I rarely bring my phone and stopped wearing a wristwatch when I began weaving, it gets snagged on threads and heddles. And resting in a corner in turn made it give up entirely, as I found out recently when I got the whimsical notion of changing the battery.

Anyway, it’s a beautiful quiet day, a stillness in the very air which isn’t disturbed by a breeze ruffling the leaves of the birch tree or my neighbour put-putting along in his old Massey Ferguson 135 a few hundred meters away. It’s that special quiet reserved for dusk and late summer days. I try to suck it up for storage and times ahead.

So is this stillness numbing my brain or energizing it? It doesn’t feel like it induces a lot of inspiration, I just want to sit here and listen to nothing. Which isn’t bad at all, just not very productive.

We’ve been waiting these past couple of days for the next chapter of our lives to be determined*. As you can imagine, such a thing also does not favour a steadfast concentration, I seize it as an opportunity to practice just that among all the other little daily distractions. Pick marigold flowers to dry for papermaking. Some of those hollyhock too. Treat two cats for ear mites (where do they pick up such things?). Remember to get small brown pony from grass in time so he doesn’t founder. Hang up laundry. Check on bread dough. Drink water. Hello Hannibal! 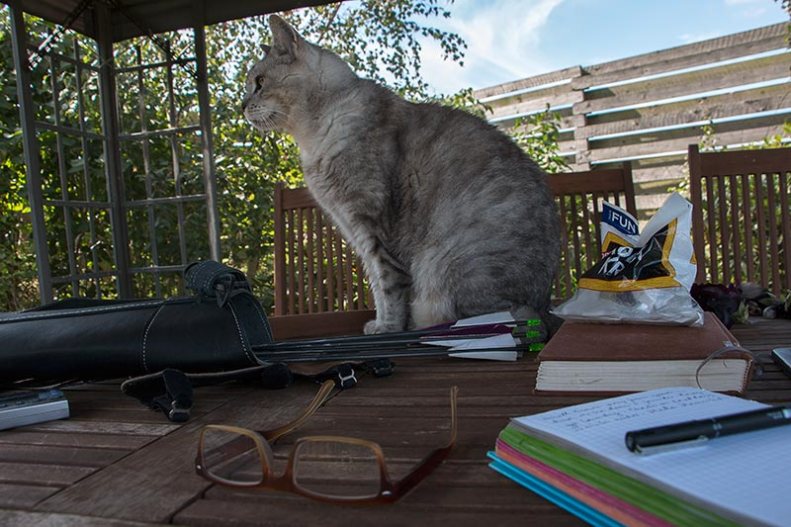 Later it’s the grind of a combine harvester a long way off but just as loud as the tractor. The elderberries will be ripe any minute now. I forgot to have lunch, fat girls can live on water, licorice and one cracker, right? 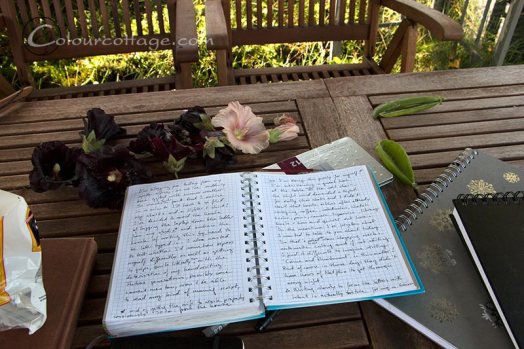 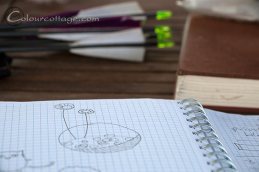 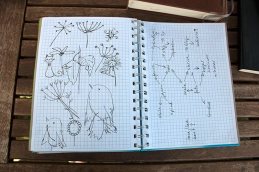 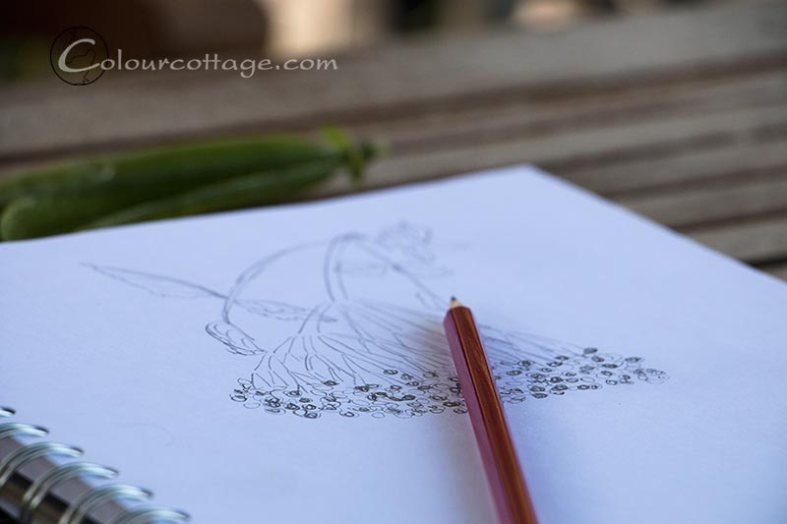 * As I’m typing this, reply came in the negative form. We certainly live in interesting times!