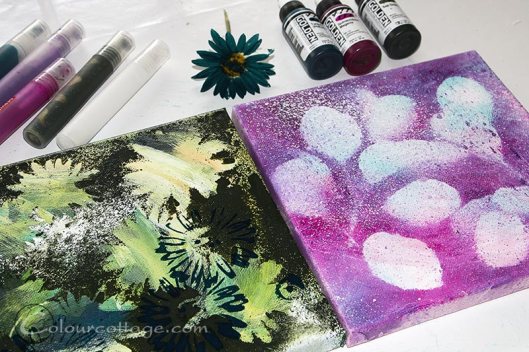 Investigating other forms of plant “dyeing”. 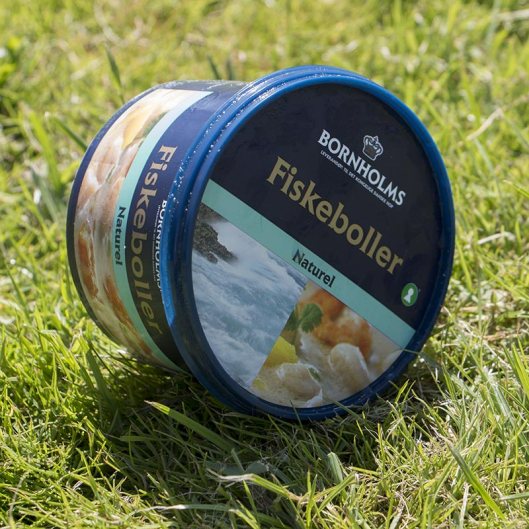 I don’t eat fish balls in a tin, but they are excellent for teaching dogs to follow scent trails 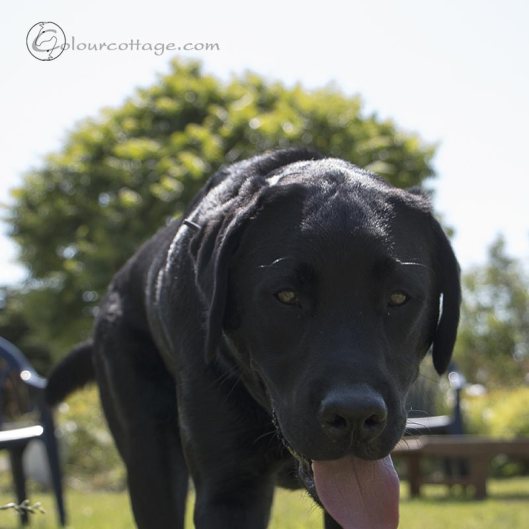 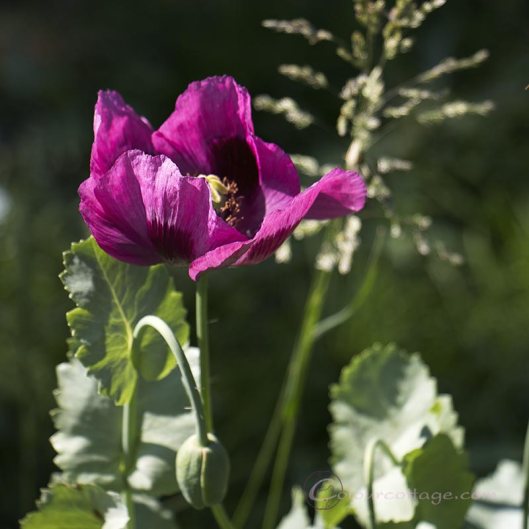 The garden has been overflowing with various poppies this year 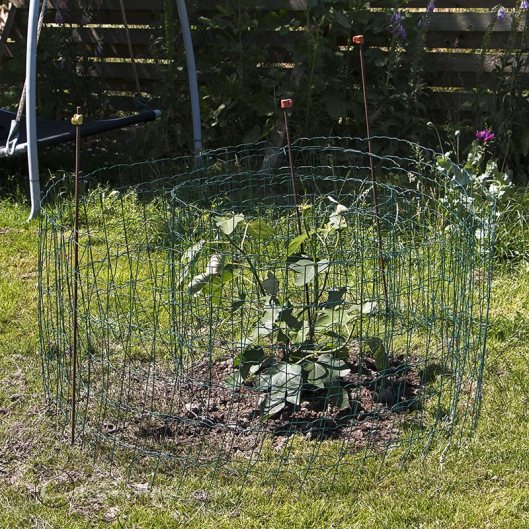 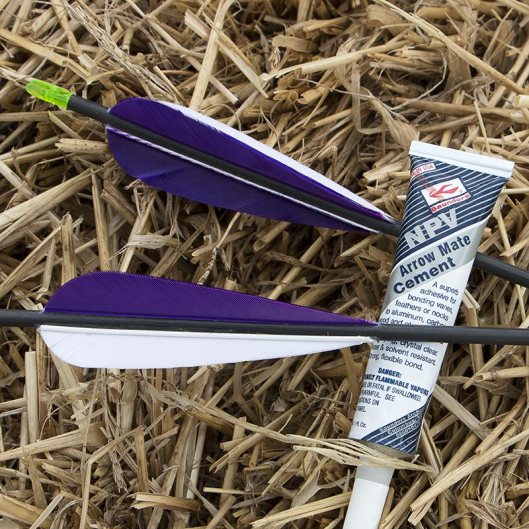 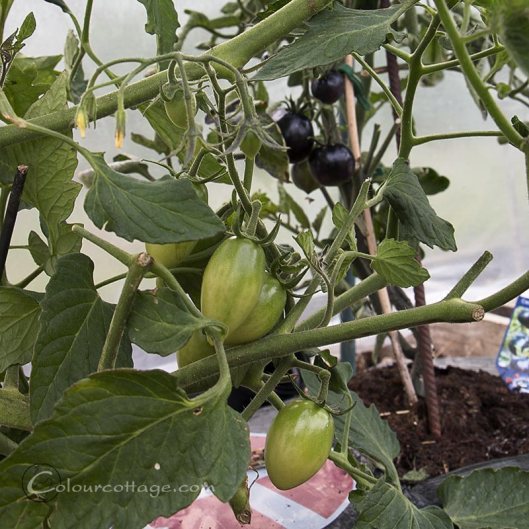 Tomatoes coming along, but slow getting red. Again. Although some are black!

Yesterday a break from my usual projects to meet my new model. My mum has been aquired by a small lapdog, currently 9 weeks old. Smaller than my cats! And very, very happy. 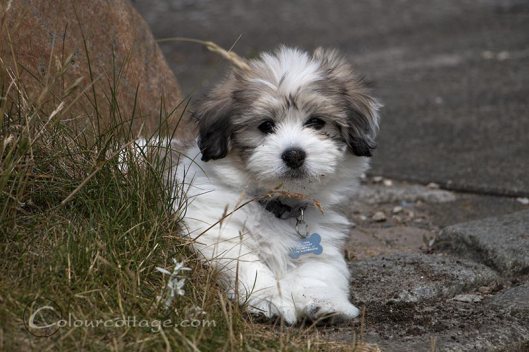 Literally. Is what I was doing yesterday.

First, I forgot to give my boards (for the painting wip storage thing) their last coat of paint the other night, so I had to do it early morning (6 hours’ drying time). The garage is too cold and messy, so I’m doing this on my work table in the living room. Which means, cats are going to investigate – so I had to sit and watch (until I quit, locked them in the kitchen and went for my shower). 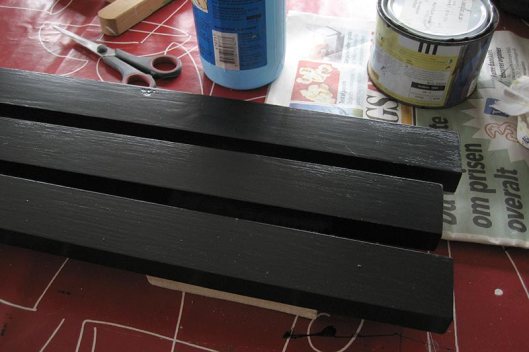 Then I wanted to try matching the wall colour where I’d filled in holes. Most of the holes were only pin pricks from nails, but you know, even if you wipe, some filler gets onto the wall (structured wallpaper). I was a bit scared to use black in my mix, so I definitely did not get it in first attempt even if I tested on a small portion elsewhere – must have faded a bit there. Each time I tried a new layer, I made the circle slightly wider, to blend it in a bit, right? Not. So I ended up with multiple large splotches on the wall in varying shades of “cream”. I’d like to renovate the room and just paint it white, but that was not today … Of course we all know that most colours dry up a bit darker, so I was having a hard time containing myself from trying new layers and also anxious to know when I’d hit the mark. Perhaps it dries a little faster if I keep an eye on it? I did, just in case. To the point of burning my omelette – which I had to go eat in the bedroom would you believe it, because the cats were very much asking for a third breakfast if I tried to sit down. 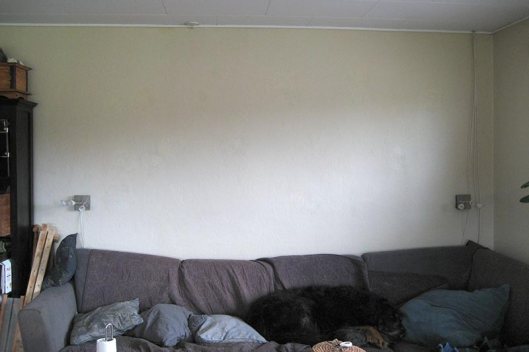 Molly can’t sleep without rearranging the entire sofa. I didn’t have the heart to wake the old girl and tidy up before taking a picture. It looks like this all the time. Now you know.

Anyway, I eventually broke out the black and it went a bit better. I can’t match the gloss, but it would be nice if it’s not the first thing you notice about the room. I even resorted to using “glazes”. And now it simply has to be good enough. Most of it will be covered in pictures anyway, which was the whole point of the board exercise: To be able to store, dry, hang various small paintings out of the way, to be able to move and rearrange without making new holes every day, and make it slightly decorative as well. 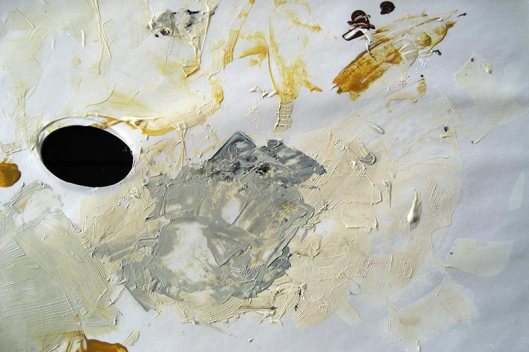 The idea is to hammer nails into the boards instead of the wall, basically. And not have to measure the height every time, just the three options, take it or leave it. I couldn’t find my box of little nails for the purpose, so I have yet to show you the finished result. 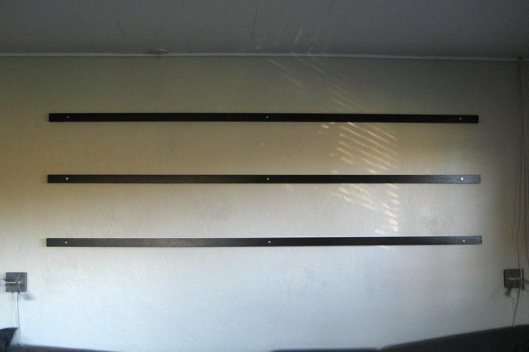 G casually asked me if the house is going to end up looking like hippies live here. I didn’t have a definite answer. It’s very much a Danish thing that you should conform, the norm is good enough and no reason to want or be more. While I’ve never really conformed, I have felt restrained at times, both physically (tiny house) and otherwise.

Well, I’m fed up with being less than me. It has nothing to do with feeling better than others, simply that I want to be all of me. Not just some parts of me, the acceptable ones, the managable ones, the inconspicuous ones. And if being me right now involves turning this tiny house into a workshop with looms on the wall and arranged for storage space rather than a modern show home, so be it.

Be weird, be random, be who you are. Because you never know who would love the person you hide. So I promised this would be knit-week and then I haven’t had any more show and tell here. Such is life. I did knit, but not as much as I hoped. To prove that I have indeed been doing something, I’ll share my tada! list with you: 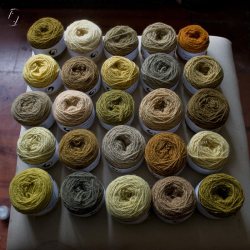 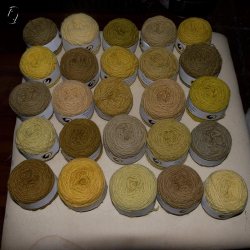 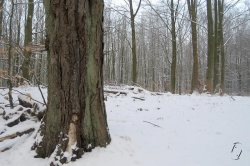 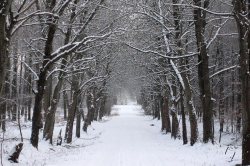 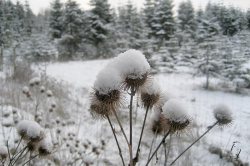 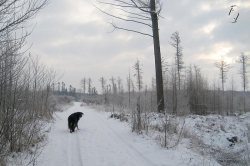 Dalton would like me to make him a snuggly man cave, pls.
Dalton kunne godt tænke sig en hyggelig hule at putte i. 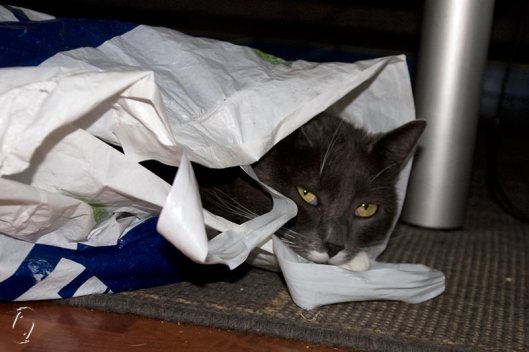 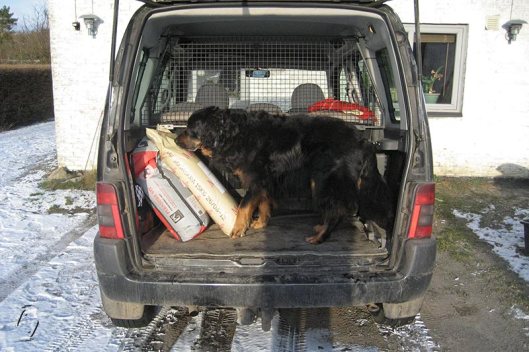 The Maiden insisted on being blue despite my antics, will she come online after my posting issues yesterday? 1/3