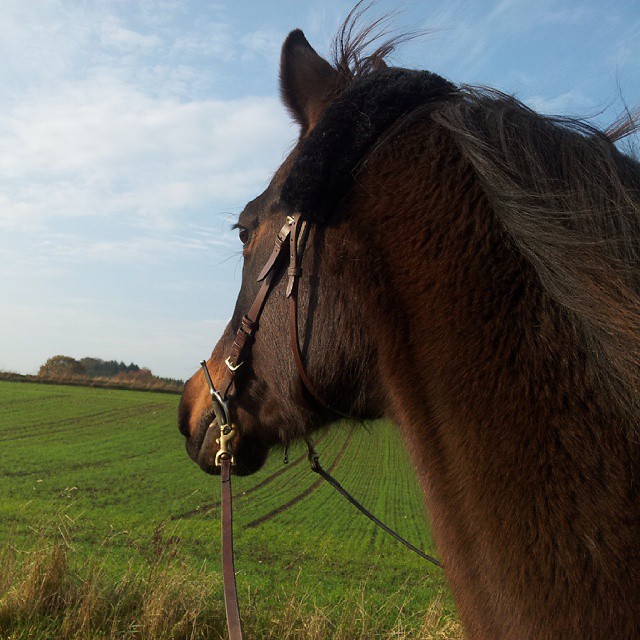 My pneumonia cough finally gone, I have the motivation back to get outside and sit on my pony as much as possible. I’m aiming at three days a week, but two is acceptable depending on weather. Going to need a jacket, since afforementioned has been pretty ghastly the last week, but it’s proving difficult to find one that does not have sausage skin sleeves. No, my biceps are not humongous, it’s a definite design difference to older models! I like being able to lift my arms, that’s all.

I’m also beginning to feel bit more interested in my crafty stuff again, but as usual it takes a while to get into gear. Paint, weave, they’re all trying to get through the door at once. 😉 And then there’s the exercise regime I’d promised to look at. I’m just letting it flow, or not. Possibly now is not the best time, actually, as it can aggravate inflammation* I think. But I hope it’s the beginning of the end of my recent silent period. Just a service announcement and not fishing for sympathy! 😉

While I was at it, taking my body seriously and that (well, I wasn’t doing much with my keyword “Health” yet), I initiated a few other examinations based on years of various issues, so I’m now also the less than thrilled owner of:

I don’t feel weaker for getting all these things sorted, or more handicapped or sorry. On the contrary. Not having to speculate why I’m such a wimp, not feeling guilty every time I take an off day has already improved my mental and emotional state. I think it might even motivate to soldier on, but with a different, less stressful mindset. I hope. I’m still working on that reprogramming – it works better in theory than in hard practice out there beyond your windows. My reaction may change over time, lots of things are in play here.

I’m still having a heart examination next week to rule things out, and since I waited so long for it, but I’m counting on nothing deadly going on so that I can perhaps learn to come to terms with this body thing that keeps holding my attention hostage. Or at least I can then focus on learning to ignore pain, something I know I suck at. It doesn’t mean I won’t listen. But there has to be a line… (incidentally my next keyword was supposed to be “Listen”, I just never got that far)

Onwards and upwards and yeehaw!

But first, a nap.

21 thoughts on “Back in the saddle”